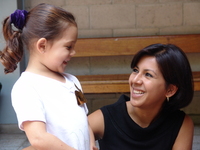 One of my favorite dynamic processes to understand relationships and how they play out is projective identification. Loosely, have you heard the word of others playing people as puppet in their hand? It sort of sounds negative, but if you ask me, it could be put to good use or bad use. Well, a lot of what we do subconsciously can be unlocked through understanding this word- projective identification. Enough of building climax, let me tell you what this actually means. This is first described by Melanie Klein. In a close relationship between two people, say you and ‘someone else,’ a part of you is projected or seen in that someone else by you, and that someone else will act or perform as exactly how you perceive them to be! Broadly speaking: You think they are bad, they act bad; you think they are good, they act good.

This is very good in some instances and very destructive in some instances. It depends on who you are and how you see others to be! I really think that if you hang your hat on someone and think they are good and treat them well, they act good and behave positively towards you, at least in that groove of the interface between the two of you.

While all of this is supposed to be subconscious, I often wanted to use this concept consciously as well. When I am irritated by, say a colleague years ago, I tried to see him as my brother and generate positive feelings and acted positively towards him, and got good vibes back. This is sort of conscious, but if you are empathic and understand others intuitively, you begin to tune into others through your own goodness that rubs off on the others. I explained this projective identification to my sons and whenever I praise them, they say now that I am using projective identification to influence them to act good! What can I say? It is how we raise all our children, I suppose, without so much as realizing it!

Anyway, cutting to the cheese, the powerful word projective identification resonates in one commonly occurring moment in schools when quickly things escalate between the student and the teacher. I am reminded of an incident in the fall of 1999. When a kid was walking in a line from one class to another, he dropped a book flippantly and unintentionally. The teacher used a negative tone and sharply told him it is unacceptable to drop the book. The student swore back at her (as he knew it was flippant but unintentional). The teacher became even more sharper in the tone of voice and the type of words chosen with anxious agitation, asserting the boundary. He, in turn, responded with escalated cuss words and the school security was brought in, who hand cuffed him, and threw him in a secluded schoolroom, all within 10 minutes. It does not end there. The probation officer was called and the boy was suspended from school. What would happen if the teacher said politely to pick up the book and gave a mini advice to be careful? To be honest, an extension of this example may even apply to the police force and the youth in our inner city of Chicago.

Yes, youth push the limits. Yes, teachers need to supervise a large group of youth. However, it is fair to say that sometimes there is unnecessary hype and time is wasted in inflammatory exchanges. There comes a time when the teachers need to set boundaries and limits. At the same time, there is some margin to mentor, empathize, teach and intuitively grasp the youth’s own struggles. At times, I think I may be naive in understanding this complex world. I get it that the incorporated rules are to uniformly protect the masses. That said, reflecting on your own state of mind as a teacher may help ease some tension for yourself as a teacher, especially if you let yourself stand in the shoes of the youth momentarily. At least when small things happen like dropping a book, as you guide a reactive kid.

All this talk is not to take away the angelic nature of the teachers and all that is awesome, and I hope you get what I am saying about some very specific contexts!

People say to me all the time- it is easier said than done. But I firmly believe that problem solving in mini-contexts of mini-mishaps that arise will reduce a lot of hassles and conflicts in teacher-student relationships. Or any conflictual relationships. Teachers may benefit from being aware of the potential projective identification playing out at times, at least in part. Teachers are normal human beings too. A few of them do project, and enforce stricter rules above and beyond what is necessary at times, from their own inner anger and outward defensive moral high ground or rigidity, based on their own complex experiences. They are not simple Olympian observers. Children are gullible and act out what is projected onto them. One can turn this around with awareness.

This knowledge may help in choosing the positive track of utilizing it than the negative one, if you can access the projective identification as an active process in play between two people. This is especially critical in shaping, caring, and guiding our youth, through building them up!