Insula in the Brain: Helps Us Know How We Feel and Experience 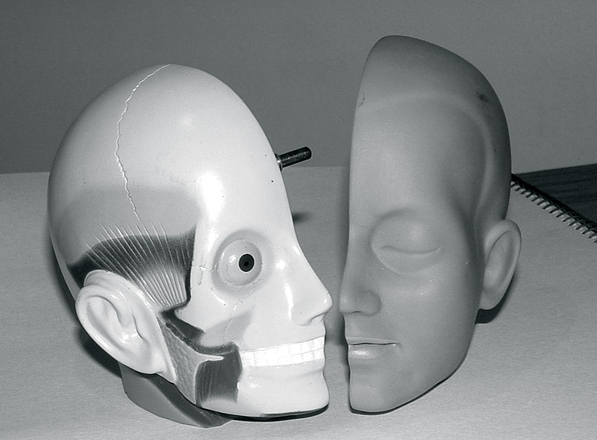 Insula is a very special area of the brain, right behind the front end of the cortex on both sides of the brain.

Essentially the back part of the insula gauges the intensity of the body’s physiological state such as increased heart rate, feeling tense in the body or the opposite, such as relaxed and restful.

The front part of the insula (called anterior insula) receives this information and also builds on it. It serves as the “subjective meter” in perceiving the emotion, pain, feelings of empathy, and gauge the level of body’s arousal.

Insula is an instrumental hub that works along with many regions of the brain. For example, initially the back part of the insula receives emotional signals from the amygdala and also the messages of bodily changes from the sensori-motor cortex (that originally receives signals from the way we look and think of things happening in the environment)- informing of changes in muscular tension, breathing and heart rate. The front end of the insula works with many parts of the frontal cortex and assesses how one ends up feeling under these varied circumstances.

Insula is one of the main regions responsible for what is loosely called “emotional intelligence” that can grasp the salience or perceive the emotional context of the situation. This is helpful for facilitating empathy and communication. Incidentally brain functional studies in monks- compared to non meditating adults- showed increased brain activity in this region on attaining mindfulness. Similarly, teens showed greater activity in insula when they were learning faster than adults in making decisions based on pros and cons of reward. Therefore, there is thinking and problem solving ability to the insula based on the information it receives and integrates. It is the region, by the virtue of its connection to memory centers, that recognizes our bodily and emotional responses to fearful events, again and again when we face the cues that trigger and sync old and new experiences. Therefore, insula is serving us to master our awareness. I hope that you know a little more about how your brain works. One little step at a time to learn! 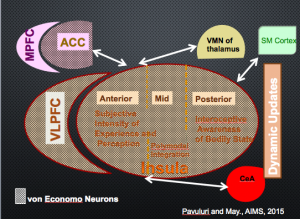 I took the permission from Dr. Yu Min from AIMS Neuroscience Journal to show you the layout of insula from a review on insula that we wrote.